​GUNNAR BERGKAMP
Gunnar began practicing breath focused yoga in Alaska where he was born. As a young adult he discovered the Art of Living Foundation, and later went on to practice the Integral Yoga teachings of Sri Aurobindo. Gunnar received his 200hr Yoga Alliance certification from Yoga Durango, but has learned from an array of different traditions in his quest for spiritual realization. Currently Gunnar enjoys sharing an experiential approach to cultivating energy and awareness, while practicing yoga and meditation.​ 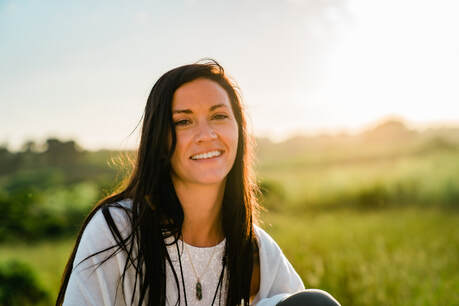 AJ CONNORS
AJ's yoga journey began in 2008 as an alternative healing practice with physical therapy after suffering multiple fractures in a car accident. Within a few years, AJ started teaching yoga in Chicago Public Schools, which quickly grew her inspiration to pursue a yogic lifestyle. Her passion for exploring a multitude of modalities has offered a platform of experiences and knowledge to share with students and clients. AJ has studied several styles of yoga while traveling to India to receive her RYT200 and feels most aligned with Hatha traditions. She has additional certifications in Reiki, Holistic Nutrition, and Ayurvedic practices, and is currently enrolled at Kripalu to become a 1000hr Yoga Therapist.

AJ believes wholeheartedly in guiding clients to uncover their specific health improvements to transform their lives to emerge with clarity and confidence. Her inspiration in teaching is rooted in supporting students to create their practice, style of movement, and connection to their body. AJ is also certified in Trauma-Informed & Resilience-Based Yoga from the National Association of Social Workers & Yoga Alliance. With her desire to learn, grow, and share more knowledge, AJ intends to maintain her forever student mentality.

REBECCA EVANS
Becca discovered yoga in 2006 after signing up for a membership at a local YMCA. She had recently been diagnosed with fibromyalgia and struggled with long-standing weight issues and depression. She was hopeful that swimming at the Y would help to alleviate some of the widespread body pain that she had dealt with for so long.
While the pool and the elliptical machine were certainly helpful, it was yoga class that sparked something deep inside of her. Not only did her body feel better after class, her mood improved, as well.
Over the next eight years, through several moves and while raising five teenagers, Becca's practice continued. While it wasn't always consistent, she would find herself returning to yoga, again and again.
In 2014, she signed up for a membership at a yoga studio in Charlestown, WV. She hobbled in to her first class wearing a knee brace and feeling completely out of shape. Not knowing what else to do, she simply showed up, class after class, day after day, tear after tear... doing only what she could. Slowly, but surely, she noticed changes in her body. She began to move in ways she hadn't been able to before and it felt amazing! But, more importantly, was the shift that was taking place inside. Through the beautiful practice, Becca began to heal in places she didn't even know were broken.
Becca became a yoga teacher because she believes in the power of yoga to change lives. She hopes to inspire and encourage her students through a compassionate and gentle practice. She likes to quote the great yin yoga teacher, Bernie Clark, who said, "We don't use the body to get into the pose. We use the pose to get into the body."
Becca sees herself as a mentor and guide, believing that for each of us, our greatest teacher resides within.​ 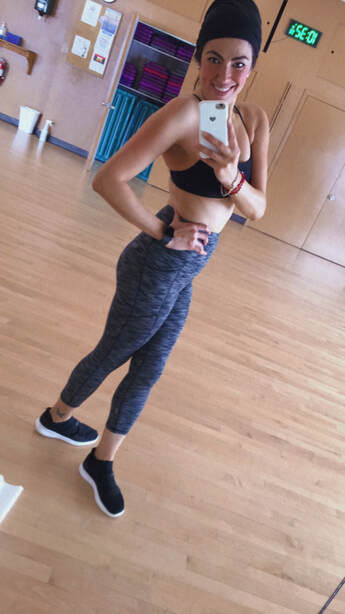 BETSY HERNANDEZ ARENIVAR
Betsy is our energetic and upbeat Zumba instructor here at PMAB!
Betsy was born in Chihuahua, Mexico, and got her Zumba instruction certificate in Albuquerque, New Mexico over 15 years ago. She ran her own studio in Taos before moving here to Pagosa Springs.
She uses many different styles of music in her classes, including cumbia, merenge, buchata, reggeton, belly dance, and salsa. She has had a passion for Zumba all her life, and she loves seeing her students having fun and enjoying themselves!
Come join Betsy for a Zumba class and experience the energy and happiness that comes with it - along with burning 300-500 calories per hour! 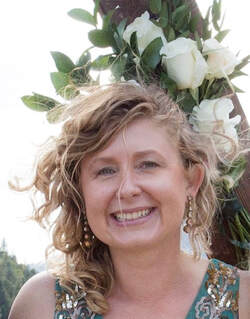 KYLE RICKERT
Kyle started her love for yoga in 2003 and after moving from Pennsylvania to Los Angeles in 2004, she immersed herself in her practice with teachers like Shiva Rae, Micheline Berry and Hala Khouri. Drawing from a love for music and the energy it can bring into vinyasa flow, the yoga culture in Venice Beach inspired her personally and helped counterbalance the intensity of life in the city. She left LA to travel around the world, deepening her practice through adventure, music, and culture. Kyle landed in Pagosa Springs, CO in 2009 seeking to grow routes in a community that is based in a love for the outdoors. She was certified at Shambhava School of Yoga in Nederland, CO and has been teaching at multiple spaces in our community ever since. Her personal practice has shown her how important it is to balance outdoor adventure with yoga. The ability to be in tune to your body and feel what is needed to recover from injuries and ailments is paramount to come back to, especially as you age. Guiding students through their practice and seeing the energy it cultivates, has brought joy into her life that is unmatched. ​

WILLIAM SECHRIST
In 2009, after experiencing the benefits of yoga, William became committed to living the yoga lifestyle, and in 2014, he began the journey of being a yoga instructor. William's dedication to sharing this practice is focused on creating a healthy relationship with our body, mind, and spirit.

William is passionate about bringing yoga and mindfulness to anyone that is looking for more out of life. Yoga has many applications and many abilities. Whether the client is looking to improve strength and flexibility, or dealing with addiction, trauma, high-stress environments, or depression, William has witnessed first hand the new light that yoga and meditation can bring into a person. He has over 800 hours of training, with more to go as he becomes a certified yoga therapist at the 1,000-hour + level. 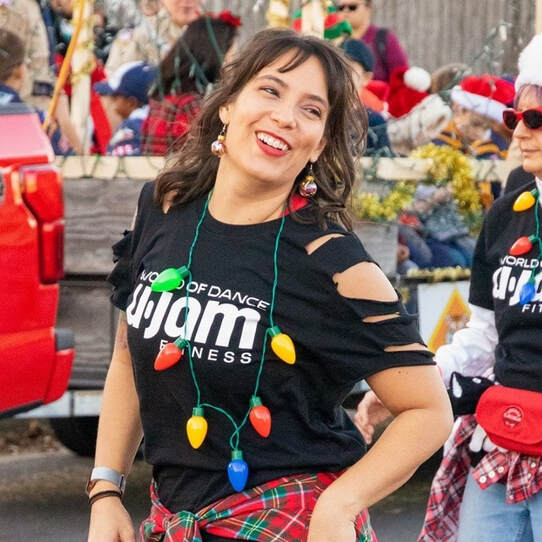 NICOLE SHAFFER
Dance has always been a part of my life, taking ballet through high school and attending a few hip hop and breakdancing classes after college. Trying to fill that "dance void", I looked to dance fitness classes at local gyms, but nothing really fit until I found U-Jam Fitness®. The choreo is easy to follow, and leaves room for the students to add their own style. After taking classes for a few months, I decided to become an instructor and have been teaching ever since.

"Peace, love, unity and acceptance" is one of the commonly used phrases that really resonates with me. U-Jam Fitness® has helped me through some truly tough life experiences and I hope I can provide the same for my students. It is a welcoming place for people who want to come together and share a love of dance, fitness and community.

TAYLEE WILSON
Taylee lives for the outdoors, chasing the sun and saving animals. Her spare time is spent teaching yoga on land and on the water. Taylee moved to Colorado from Pittsburgh and has been teaching yoga for 10 years. After her first class, she realized how much it enabled her to create time for herself and knew it was something she wanted to share! She believes it’s the perfect opportunity to clear out anything that isn’t serving you and to create space. Every practice can be an opportunity to be challenged physically, mentally, emotionally and also to be held, nurtured and loved in those same categories as well as so much more. She believes it’s the perfect chance for everybody to tune everything else out and tune in to YOU.
When you roll out your mat in her class, you can always expect to be guided in a way that she has been practicing on her own. Her classes are usually a blend of power vinyasa and yin with focus on alignment and breath. She loves to allow time for play on the mat and welcomes all levels of students!